In the summer of 2015, the Tigers organization had reached a crossroads in their future. After reaching the postseason the previous four seasons, a team that had started the season off at a scalding pace was suddenly playing sub-.500 baseball with little chance of making noise in the playoffs. Realizing that retooling their barren farm system would be best for their future success, the team decided to flip a pair of upcoming free agents at the trade deadline. Upon sending left-hander David Price to the Blue Jays as well as outfielder Yoenis Cespedes to the Mets, the organization brought in multiple highly touted pitching prospects as the headline of the return.

Two young arms, in Matthew Boyd and Michael Fulmer, reached the majors within a year of the trades and made immediate impacts, with Fulmer even taking home the 2016 American League Rookie of the Year Award. However, in the years that have followed, each has had more than their fair share of tribulations as well as dealing with numerous injuries. In that time the organization has begun to stack up more young starters that are already making pushes to become mainstays in the rotation. With Fulmer and Boyd both set to become free agents after 2022, the Tigers are left with difficult decisions on multiple talented yet flawed young arms. It doesn’t seem plausible nor desirable to resign both, so let’s take a look at each player’s impact from the past few years to get a glimpse of the organization’s best plan moving forward.

When Michael Fulmer first rose to the majors in 2016, success was imminent. Through his first two seasons, he posted a 3.45 ERA and 3.71 FIP with a solid 2.3 BB/9, albeit with low swing and miss numbers shown by a 6.8 K/9, making him worth nearly 7 WAR. However, Fulmer also faced a barrage of injuries during these years, undergoing elbow surgery at the end of 2017 then dealing with oblique issues throughout the following season. These injuries had a clear effect on his performance in 2018, as Fulmer dealt with an uncharacteristically poor second half of the season upon returning from the disabled list to the tune of a 5.75 ERA in five starts before being shut down. Heading into 2019, he was looking to rebound with a clean bill of health, yet the nagging injury bug quickly returned as he was forced to undergo Tommy John surgery in March.

A return to the field for Fulmer in 2020 was delayed as the coronavirus pandemic put his rehab on hold. Strong results in summer camp earned Fulmer a spot in the rotation, but the results were disastrous. Pitching in three inning spurts in order to bring his arm back to full strength, Fulmer saw his ERA balloon to 8.78 and his BB/9 to above 4 as he never found his rhythm. The peripheral stats were no kinder to Fulmer either, as his HardHit% rose to a ghastly 44.7%, more than 6% higher than any other season in his career, while also finishing in the bottom 1% of the league in XSLG at .564 and XWOBA at .412. For a pitcher who already wasn’t missing many bats when at his best, this massive spike in hard contact signaled alarming issues in Fulmer’s usefulness as a major league starter.

While many issues plagued Fulmer during his disastrous 2020 season, struggles with his fastball and sinker were key. Fulmer relied on these pitches as go-to’s throughout his career, as they made up more than 50% of the pitches he threw. Even despite being a low spin fastball, from 2016-2018 the pitch sat at an high average velocity of 95.5 MPH, making it the most integral tool Fulmer had in inducing the ground ball outs that he needed. Coming off his surgery in 2020 with little time to rehab against lower level competition, however, the same pitch came in at just 93.1 MPH on average, no longer a power pitch that would lock up hitters and force weak contact. With hitters provided more time to sit back on his pitches, they teed off on nearly everything they saw. Clearly, Fulmer would be forced to either rediscover his fastball velocity in the off-season or be forced to entirely reinvent himself as a pitcher.

Matthew Boyd was not the biggest piece of the return in the David Price trade at the time, as Daniel Norris was originally seen as the bigger difference maker in the long term. However, in the years since it has been Boyd who has cemented a spot in the Tigers rotation. From his first full season in the majors in 2016 through the 2018 season, Boyd posted an unspectacular 4.72 ERA and 4.54 FIP while striking out hitters at a solid 7.9 K/9 clip. It was the first half of the 2019 season that left Tigers fans pondering if bigger things were still to come from Boyd, as his K/9 rose all the way up to 11.9 thanks in large part to an increased usage of his slider. A pitch that had hardly been a part of his arsenal until 2018, the slider suddenly made up 36.1% of the pitches he threw and produced a Whiff% of 43.6%, ranking highly among qualified starters. For a player who had never seemed to develop a consistently effective off-speed pitch to go with an average fastball, this was a boon to his abilities.

As the 2019 season wore on, Boyd dealt with inconsistencies and struggled to command the strike zone, with his walk rate rising to a paltry 8.7%. Boyd was not nearly as effective even despite his continued increase in strikeouts, as his ERA rose from 3.87 in the first half to 5.51 in starts following the All Star break. These challenges followed Boyd into 2020, as he never seemed to find his footing in the shortened season and wasn’t able to string together consecutive strong starts. Posting a league worst 6.71 ERA and 5.78 FIP among qualified starters, rough outings were plentiful for Boyd while the strikeouts he induced began to shrink. With a more average 9.0 K/9 and a low-90’s fastball, questions had arisen about what the best version of Boyd really was.

One factor off the field that is important in noting is Boyd’s strong presence in the locker room as a leader and veteran presence. Known to be one of the most well-respected people in all of baseball and especially within the Tigers organization, he is also the team’s Player Union representative. For an up and coming young team such as the Tiger’s, having veteran leadership and stability in the clubhouse will be vital when the team is ready to compete for something more than draft picks, as Boyd would be a voice of leadership and help guide young players who are struggling adjusting to the highest level.

A Glimpse into 2021 and Beyond

As the 2021 season has begun, both Fulmer and Boyd’s comeback journeys are off to strong beginnings through a short sample. Although his strikeouts have been down, Boyd has been very effective by using his slider heavily once again to induce soft contact. Meanwhile, Fulmer started the season in the bullpen but has returned to the rotation following the injury of Julio Teheran and has been strong. His average fastball velocity is back up to his 2016-18 levels at 95-96 MPH, allowing him to once again gobble up the ground ball outs he relies on. This season will be telling of both pitchers and could ultimately decide their fates with the team, making this something of a do or die year. However, if they’re able to keep up their strong starts, the Tigers will be left with intriguing choices.

With each player controlled for one year after 2021 and each on team friendly arbitration deals, the possibility of a trade may be enticing to the Tigers in looking to add to their already strong farm system. With Casey Mize and Tarik Skubal already making an impact in the rotation right now as well as Matt Manning waiting in the wings and the ever reliable Spencer Turnbull returned from the COVID list, it may be best for the team to strike while the iron is hot. Although it may be unreasonable to hold onto both, keeping one seems like a strong insurance policy for the case in which one of the young pitchers falters to begin their career in the majors. Presently, I would choose to keep Fulmer, as it seems many of his struggles have been due to the inability to stay on the field. The versatility he has displayed throughout the early part of 2021 has also been very beneficial as the Tigers balance innings limits, working as a traditional starter and a quasi-opener for two to three innings. His ceiling still appears to be much higher than that of Boyd’s, and further injuries to Fulmer would not greatly hinder the team due to their pitching depth plus what would likely be a team friendly extension. However, this all banks on strong finishes to the still young season, making this a very dynamic situation for fans to monitor as the Tiger’s rebuild grinds on. 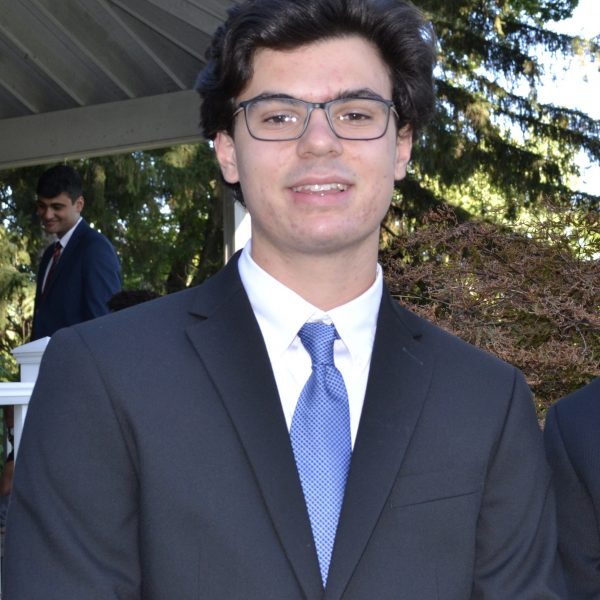