They say you can’t judge a book by its cover, especially when the book is 18% completed and still in progress, but stick a fork in the Minnesota Twins. They’re done.

After a shortened, 60-game 2020 season where the AL Central champion Twins were prematurely bounced by the Houston Astros, Minnesota went and bolstered their roster by the likes of Andrelton Simmons, J.A. Happ, and Alex Colome. For a franchise that typically is stringent on spending money, the hope was that an extra piece or two could get them over the proverbial playoff hump.

Here we are midway through May, and yeesh. The Twins are having to start career infielders in the outfield, and utility catchers as pitchers. After a 5-2 start, Minnesota has only won a quarter of their games since.

After an embarrassing sweep against the White Sox last week, including a 13-8 loss, the Twins yet again laid an egg vs Chicago by dropping the series opener on Monday night, 16-4. Once thought to be a two-team race for the divisional crown in March, the White Sox and Twins find themselves at opposite ends of the standings.

Chicago is 9-2 over their last 11 games, while posting a 73-36 runs scored vs. runs allowed spread in that span. Reigning MVP Jose Abreu batted .419 in those games, with 2 homers and 11 RBI, all while fighting off some aches and pains. Outfielders Eloy Jimenez and Luis Robert have been absent from the dugout, and yet the White Sox are still handily winning games.

Not only that, but the White Sox have a young team at their core. Their team average age sits near the bottom of the league, while the Twins have the fifth oldest team. Minnesota’s time to win is supposed to be now, and after an abysmal start to 2021, there’s not much else the front office can do to add fuel to the championship embers. Injuries aside, there’s just absolutely no fire burning in the Twins’ dugout. The Twins are 0-7 in extra innings contests this year, and are 0-4 in doubleheader games. With a track record like that, there’s no reason to believe Minnesota can win a game with everything on the line, even if they go on a miraculous hot streak just to get there.

Nelson Cruz will likely retire or find a new team, other one-year-deal players like Simmons will search for a better host destined for the playoffs, and high-value free agents likely will be slim pickings with the impending extension of Byron Buxton looming. Chicago is only going to get better, and they’ll have the allure and advantage of sniping a few talented free agents in the meantime. It’s not a fun AL Central for Twins fans to look forward to. 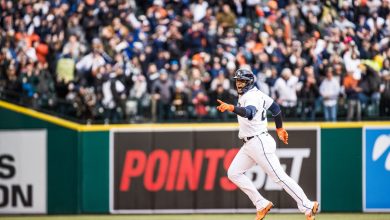 The Search for Consistency: What’s Gone Wrong for Some of the Tiger’s Most Important Hitters