The Phillies are struggling. They are lucky they play in such a weak division as the NL East has one team over .500 while the other four teams fight for second place. The Phillies fluctuate up and down despite superb starting pitching from Zack Wheeler, and more recently, Vince Velasquez while Zach Eflin and Aaron Nola continue to pitch fairly well. What plagues the Phillies are the struggling defense, growing strikeout rates among their hitters, and the wasted scoring opportunities. (Note: stats are as of the end of play on May 29)

The Phillies are striking out too much. At the time of this writing, they sit at third with the most strikeouts in all of baseball behind the Tampa Bay Rays and Detroit Tigers. As a team, they have already passed their 2020 mark for strikeouts in only took 47 games. Three players already have over 50 strikeouts: Hoskins, McCutchen, and Bohm. The Phillies also have the fourth most strikeouts in the league when runners are in scoring position. At the time of this writing, they have reached double-digit strikeouts in 30 games with over half of those at 13 strikeouts or more! This team is striking out an alarming rate that is killing scoring opportunities thus leading to losses.

At the time of this writing, the Phillies are tied for 8th most runners left on base so far this season. This team is leaving too many runners on base thus leading to a lack of scoring. They’re 18th in runs scored with runners in scoring position while also 7th in the league for the most grounded into double plays. They are not taking advantage of scoring opportunities. Batters are hitting into double plays, or as stated above, striking out too much. Their average number of runs scored this season is 4.00 sits in the bottom half of the league.

All in all, the Phillies are struggling defensively and offensively. They have had some strong starting pitching only to be squandered by bad errors and lack of offense. The defense has huge problems everywhere except for pitchers and center fielders. Bohm looks abysmal at third base while Gregorious was struggling at shortstop even before his injury. Phillies hitters are striking out at a record pace as they continue to strike out in run-scoring situations. The Phillies as a team are also leaving way too many men on base whether via the strikeout or are eliminating runners through the double play. The Phillies have glaring problems that need addressing in order for the team to be successful for the rest of the season. 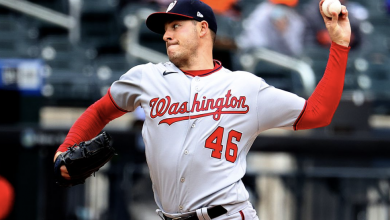