So much for the Trade Deadline. While many options were available, the Luis Castillo trade shifted the market, leaving the White Sox unsuccessful in adding an impactful player to the major league club. However, the addition of Jake Diekman in exchange for Reese McGuire has worked well so far. But this team needs to start having their regulars hit the lights out of the ball if they want to even have a chance at the World Series. After last night against Houston, this team is starting to heat up at the plate. Not adding MLB besides Diekman means the farm system continues to grow and develop. In this article, I’ll share my Top 10 and go in-depth on some sleeper prospects I like. Let’s begin:

One prospect I don’t believe has gotten enough talk about is OF Erick Hernandez. Yes, he’s only 17 years old and signed in the same year as #2 prospect Oscar Colas. I understand he’s got a long way to go before he’s even given any spotlight. So why am I so high on his upside? Well, to begin, he was compared to Juan Soto. Now you’re probably thinking, “Ok… Comparisons are never accurate, and it’s mostly a shot in the dark.” I’ll tell you MLB.com isn’t the type to compare the best hitter we have seen in over ten years to a 17-year-old prospect unless they knew something. Hernandez currently has a 10.3 BB% in the DSL and will continue to grow through the minors. Hernandez’s ETA may be a long way off, but I believe he will be a vital player to the White Sox in their next contention window.

OF Oscar Colas has been absolutely tearing it up this season. If not for Colson Montgomery’s .418 OBP in A+, Colas would be Chicago’s unanimous #1 prospect. Signed this January as an international free agent with professional experience playing in Japan from 2018 to 2020, Colas has immediately risen through the minors. He currently has 9 HRs, a .353/.439/.694, and 190 wRC+ in AA in 98 PAs. Yeah, that’s pretty good. He’s also a plus defender in the outfield, having an above-average arm due to his pitching experience in Japan to go along with excellent range. One thing to note is that in AA, he now has about the same number of innings in RF as CF. That’s something to watch for as the Major League Club has a hole in RF. Oscar’s bat is the real deal, and his fielding is on the same level, if not higher. So, here’s my prediction: Oscar Colas is your starting right fielder for the Chicago White Sox in 2023. I think that in the Roster Expansion, Colas gets promoted to AAA and if he continues his pace, he’ll be starting for this team come April.

I think this next prospect is the best pitching prospect in the organization. SP Norge Vera has just been a monster this season. In 24 IPs with Kannapolis this season, Vera recorded 35 strikeouts, a 1.88 ERA, and a 3.32 FIP. The White Sox decided that was enough for Vera’s time with Kannapolis and promoted him to the WS Dash on August 2nd. In his first appearance with the Dash, Vera faced six batters and struck out 2. He remained perfect for all six batters faced and was pulled after 2 innings (non-injury related). I believe that Norge Vera could headline a Major League Rotation one day and should be a part of the next group of White Sox players to contend.

Noah Schultz. As soon as I saw the highlights play, his slider sold me. Schultz is a 6’9 220 pound LHP from Illinois’ very own Oswego West High School. His repertoire includes a wipeout slider, changeup with future promise, and a fastball which currently tops out at 92 MPH. Now while we haven’t seen any batters against Schultz yet, the White Sox tend to do well with pitchers in his frame. One thing that worries me about Schultz is his ability to project as a starter in the Major Leagues. Schultz had some difficulty with control during his senior season after recovering from an illness that kept him out for an extended time. If Schultz cannot play throughout the whole season as a starter, his stuff would be excellent in the bullpen, fulfilling almost any role needed.

The farm has some bright young prospects, and the developmental staff has been outstanding this year. Taking the worst farm in the league to a borderline top 20 farm in one year without trading for any prospects is remarkable. In my opinion, the Top 10 White Sox Prospects have a bright future ahead of them. But for now, the main focus should be bringing this city a championship within the next three years. Hopefully, we get to the playoffs and shock some people. Who knows? It’s baseball, after all. As always, Go Sox. 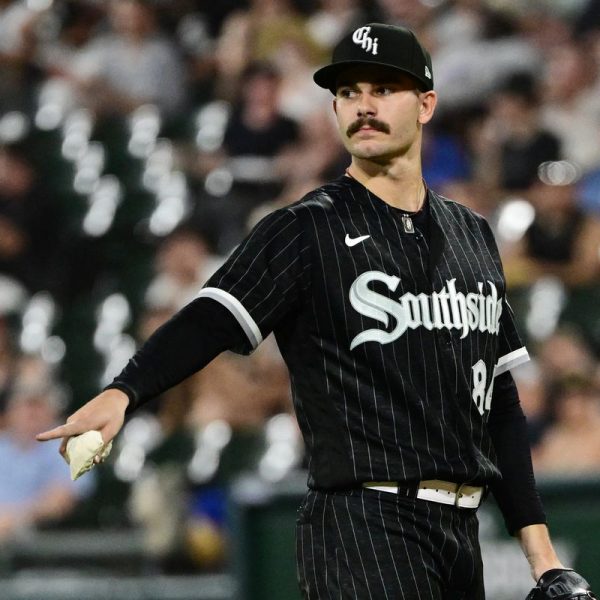