The St. Louis Cardinals have acquired All-Star 1st baseman Paul Goldschmidt from the Arizona Diamondbacks. In return, the Diamondbacks received catcher Carson Kelly, RHP Luke Weaver, IF Andy Young, and the club’s Compensation Round B selection from the 2019 MLB Draft.

This trade was a deal that benefitted both teams. From the Cardinals perspective, it’s pretty obvious. They get one of, if not the, premier 1st baseman in baseball. Since the departure of Albert Pujols after the 2011 season, and the decline of Matt Holliday, the team has not had that big slugger in the middle of their lineup. Goldschmidt is just that. Over the last 4 seasons, Goldy has played 155+ games every year for the D-Backs. Over that time, he’s put up a monster slash of .301/.410/.538. He’s posted 30+ HRs in 4 of his last 6 seasons, also eclipsing 95+ RBIs in 5 of those 6 seasons as well. His career wRC+ is an astounding 144, along with an average 5.45 fWAR over the last 6 seasons. Goldschmidt will slot directly into the 3 hole of a lineup that instantly becomes one of the NL’s best. His contract situation is a whole different ordeal, I’ll put out another article discussing that situation in its entirety. 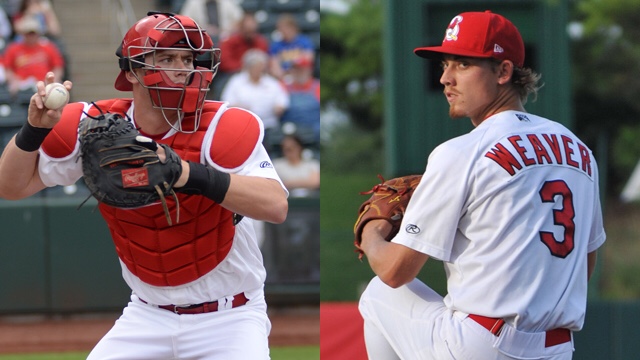 The return for the Diamondbacks was no slouch either. One of the main pieces was catcher Carson Kelly. He was the 2nd ranked catching prospect in all of baseball as recently as 2017. When his chance has come in the MLB, he has done the opposite of capitalize. Over a very limited sample of 131 PAs, he’s posted a .154/.227/.188 line with 0 HRs. Despite those numbers, he still potential at the plate. He posted a number of high quality seasons in the minors. The D-Backs are hoping with regular ABs, something he never got with the Cardinals, he can get in a groove and deliver on that potential. Behind the plate is where Kelly makes his money. Once seen as the heir to Yadier Molina, he has all of the tools to become a top-tier defender at the position. Kelly was passed as the organization’s top catching prospect over the last year in the eyes of the front office. Because of that, he possessed very little value to the Cardinals, thus making him expandable to a team in need of a backstop.

Luke Weaver was destined to be traded this offseason, as I detailed in my previous article “One Thing Every Cardinals Pitcher Taught Us in 2018“. I’ll use an excerpt from that piece as all of the facts are related.

Weaver, like Kelly, has prior success that the Diamondbacks are hoping he can deliver on with a change of scenery to the desert.

Andy Young, a 24 year old, can play all 2B/SS/3B, plus he has limited experience in the corner outfield spots during his minor league career. Over his time in the minors, he posted a .281/.367/.462 line. Young was considered a lower level prospect, but he still has power potential at the plate. He wasn’t just a throw in from St. Louis and could end up being a big piece of this deal for the D-Backs.

Despite the fact that the Diamondbacks didn’t get a franchise altering prospect for the face of their franchise, they got a number of pieces in return that will benefit them immediately. Kelly and Weaver are both MLB ready players with prior experience. The highest level Young has reached is AA, but his .950 OPS suggest he may start the season with Arizona’s AAA team. The draft pick Arizona received is slotted somewhere in the 70-75 range, which could land Arizona a top player in June’s draft.

Stay tuned for my article concerning Goldschmidt’s contract situation and what it means for their pursuit of Bryce Harper!