The biggest news of the week remains the ramifications of the memo that Major League Baseball sent out about pitchers using foreign substances, with checks for these substances starting last Monday. These have ranged from the friendly to the contentious to whatever Sergio Romo was doing. It’s a process that will be normalized as time goes on, but the long-term effects have yet to be seen. No suspensions have been given out yet, and there is not enough of a sample size yet to analyze the changes that this ruling has made. I personally am sick of talking about this issue, which is why the best news that happened in the baseball world was that the Rays were finally calling up the consensus top prospect in baseball both before 2020 and 2021, Wander Franco (or as I call him, the “Wanderkind” since he is the first major leaguer born in 2001).

Franco debuted last Tuesday, and he lived up to the hype, going 2-4 in his debut with a walk in his first major league plate appearance and his first major league hit being a three run homer. The Rays lost that game 9-5, but the major takeaway is that Franco is probably ready to play in the majors. In AAA this year, Franco slashed .315/.367/.586 with 7 home runs and 35 RBIs, good for a wRC+ of 148 in just 39 games. He didn’t play any games in 2020 (but was at the Rays’ alternate site), never played above AA-ball before 2021, and put up those stats in AAA at the age of 20(!), which is insane. Franco is already a must-watch player in my opinion, and he is going to bring more excitement to a game that features immensely talented young stars such as Ronald Acuña Jr., Vladimir Guerrero Jr., Juan Soto, and Fernando Tatís Jr. (with many more that I cannot include for the sake of brevity). This was one of the most hyped up debuts that I have seen in some time, and in the spirit of the Wanderkind’s debut, this week’s power rankings will feature either a team’s most hyped prospect over the last decade(in my subjective opinion, feel free to debate me on Twitter about this in a civil and respectful manner @jwdblue42). With all that said, let’s get into the rankings!

1. Houston Astros (46-28, +135 run differential, Last Week: 4) It is fitting to have the Astros at the top of the rankings when talking about the most hyped prospects over the last decade. The Astros began their rebuild in the 2011 season, finishing with the worst record in baseball, and took shortstop Carlos Correa out of high school. He arrived in 2015 during the Astros’ surprise season, helping the team secure a wild-card spot with a 86-76 record. As a rookie, Correa was phenomenal, slashing .279/.345/.512 with 22 home runs, an OPS of .857 and 136 wRC+, winning the American League Rookie of the Year award in 2015. Correa has continued to be a superstar for the Astros, with an fWAR of 23.0 since his debut, trailing only Francisco Lindor, Xander Bogaerts, and Manny Machado among shortstops.

2. San Francisco Giants (48-26, +101, Last Week: Not Ranked) The Giants are in a weird spot here, as they are the team that began the decade as a team contending for World Series titles, winning three world series within five years. The players that they have drafted typically were at the back of the first round, and then started to fall apart. While the Giants are rebounding this year, the semi-rebuild that the Giants embarked on landed them with the number 2 overall pick in the 2018, where they picked Joey Bart to eventually replace Buster Posey. Bart made his major league debut in 2020 after Posey opted out of the season due to the pandemic and struggled, posting a wRC+ of 69 (31% below league average). However, Bart remains a top prospect with the Giants and Posey is a free agent following this year, giving Bart the opportunity to seize the job as catcher of the future this season.

3. San Diego Padres (45-32, +79, Last Week: NR) To the surprise of absolutely no one, the best prospect that the Padres have had over the last decade is Fernando Tatís Jr., who was their top prospect entering the 2018 and 2019 seasons, and a consensus top-10 prospect in baseball both of those years. Tatís has responded to this by becoming an elite player, finishing fourth in NL MVP voting last season, and has taken his play to the next level this year. He leads the NL in home runs, stolen bases, slugging percentage, OPS, and adjusted OPS. On an unrelated note, the Padres are a legitimate World Series contender and have Tatís under contract until 2035.

4. Los Angeles Dodgers (44-30, +96, Last Week: 3) The Dodgers perhaps have the richest selection of top prospects to choose from over the last decade, with Hyun-jin Ryu, Cody Bellinger, Joc Pederson, and Walker Buehler being products of the Dodgers’ minor league system. However, the player that was the most electrifying as a prospect is the reigning World Series MVP Corey Seager, the consensus top prospect before the 2016 season. In his rookie year, Seager slashed .308/.365/.512 for an OPS of .877, with 26 home runs, 40 doubles, and a 134 OPS+, resulting in him winning the NL Rookie of the Year award and finishing third in NL MVP voting, behind only Kris Bryant and Daniel Murphy. While Seager has had injury struggles over the course of his career, he is still an elite player, as showcased with his 2020 postseason, winning both the NLCS and World Series MVP awards, and is expected to land a huge contract as a free agent this offseason.

5. Oakland Athletics (45-31, +29, Last Week: 4) The A’s do not feature many players that have panned out as consistently good players, as they traded Addison Russell away (and he is not in the majors anymore), and they traded away Franklin Barreto (who has not played in the majors this season). The only top A’s prospect for multiple years that is still with the organization is Jesús Luzardo, who was electric in 2019, average in 2020, and not very good in 2021 (and is currently playing for the Athletics’ AAA team). His ERA is 6.87 (69% below league average), his FIP is not much better at 6.07 (49% below league average), with a WHIP of 1.632. The bright side for Luzardo is that he has the pedigree as a former top prospect who is only 23, so there is still time for him to become the pitcher that the A’s thought he would become when he was a prospect.

26. Kansas City Royals (33-39, -40, Last Week: 26) The only team that has won a World Series in the last decade among the bottom 5, the Royals have had some strong farm systems over the years. However, I want to focus on the future of the Royals organization; Bobby Witt Jr. Drafted in 2019 with the second overall pick, Witt has the major league pedigree, with his father Bobby Witt pitching in the major leagues from 1986 to 2001, and was drafted as an athletic high school shortstop. In AA this year with the Northwest Arkansas Naturals, Witt is slashing .269/.339/.526 with 11 home runs in 42 games, an OPS of .865, and wRC+ of 127. The future is bright in Kansas City.

27. Texas Rangers (27-47, -68, Last Week: 27) The top Rangers prospect from the last decade is the three true outcomes hitter himself, Joey Gallo. Entering 2016, Gallo was a consensus top-10 prospect, but he struggled in his rookie season as a bench player. Since Gallo became a full-time regular for the Rangers in 2017, he is fifth among outfielders in home runs with 126, first in strikeouts with 689, and 11th in walks at 288. Gallo, while only batting .213 in that span, has an OBP of .338 and slugging percentage of .496, good for an OPS of .835 and OPS+ (league and ballpark adjusted OPS) of 116, 16% above average. Along with his offense, Gallo has won a Gold Glove in right-field, and has become a potentially valuable trade chip for the rebuilding Rangers.

28. Pittsburgh Pirates (26-46, -95, Last Week: 29) Over the last ten years, the Pirates have had great top prospects, but they found greater success elsewhere. The list includes the likes of Gerrit Cole, Tyler Glasnow, and Austin Meadows. Gerrit Cole was excellent for the Pirates in 2015, finishing fourth in NL Cy Young voting for a team that won 98 games, but did not reach those heights again until he was traded to Houston. Plus, the less said about the Chris Archer trade, the better. The Pirates’ top prospect entering this season was Ke’Bryan Hayes, who has slashed .284/.376/.486 with a 140 wRC+ and .862 OPS, which is encouraging for their rebuild.

29. Baltimore Orioles (23-51, -105, Last Week: 28) For years, Dylan Bundy was the top prospect in the Orioles’ system, with a cup of coffee appearance in 2012, before fully reaching the majors in 2016. In Baltimore, Bundy failed to live up to the billing as a top prospect taken with the fourth pick in a stacked 2011 draft. Before being traded to the Angels in December of 2019, Bundy had a 4.67 ERA and 4.75 FIP, with an above average strikeout rate (at 22.9%) but a below average walk rate (7.8%). After being given a new start by the Angels, Bundy posted career lows in ERA, FIP, home run rate, and walk rate, with a career high strikeout rate, finishing 9th in AL Cy Young voting. While Bundy has struggled out of the gates this season, the fact that Bundy had a career season right after leaving Baltimore is not a good look.

30. Arizona Diamondbacks (21-55, -109, Last Week: 30) By default, the best prospect the Diamondbacks have had was Archie Bradley, since they gave away Trevor Bauer, Jazz Chisholm, and Dansby Swanson before they became viable major league level players. A top-25 prospect by Baseball America for 4 straight years from 2012-2015, Bradley struggled as a starter in 2015 and 2016, sporting a 5.18 ERA, 4.27 FIP, and 1.573 WHIP. Since converting to being a reliever, Bradley has been better, with a 3.01 ERA, 3.18 FIP, and 1.22 WHIP before being traded to Cincinnati in August 2020. Not terrible from a top prospect, but definitely not what Arizona wanted when they drafted him.

Statistics courtesy of Baseball-Reference, FanGraphs, and BaseballSavant, numbers are accurate for games before 6/24/2021 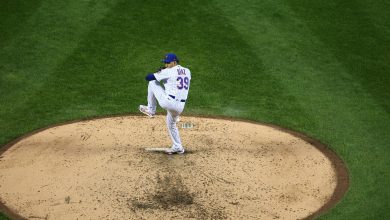